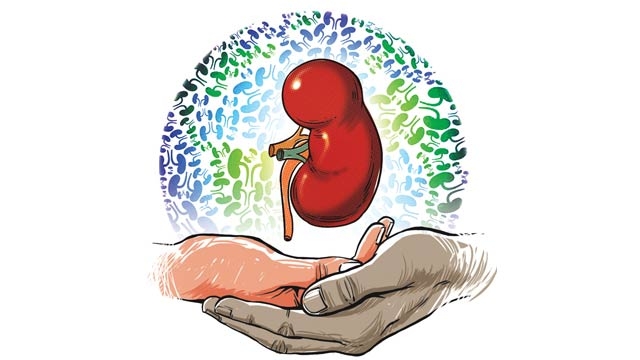 On August 31, the Delhi Police filed a charge sheet in the infamous kidney racket it had busted at South Delhi’s posh Apollo Hospital almost three months ago. Though, the doctors involved in the operations have not been accused of any wrongdoing, the police have carefully reconstructed the modus operandi of the touts with considerable aid of hospital personnel.

By the end of July, the police had arrested 13, while four others – relatives of the recipients – had surrendered before a court last month. Metropolitan Magistrate Amit Bansal has fixed September 5 for taking the cognisance of the charge sheet.

In its 1316-paged chargesheet, the Delhi police have charged kingpin T. Rajkumar Rao and 16 others under various sections of the Indian Penal Code (IPC) and relevant sections of the Transplantation of the Human Organs Act (THOA).

The under trials have been charged with sections 120-b (conspiracy), 419 (cheating by impersonation), 420 (cheating), 467 (forgery), 468 (forgery for purpose of cheating) and 471(using forged documents as genuine) of the IPC. Sections 18, 19 and 20 of the THOA that deal with the consequences of violating the act have also been charged.

The police have alleged that Rao – the kingpin of the operation amassed vast amounts of wealth that he invested in properties. Deeds of the property have been recovered and various bank accounts used by the accused and his wife have been frozen.

During its investigation, the police allege that recipients, who wish to obtain a kidney, would get in touch with the touts. These touts would then scout for appropriate donors and a match would be made. These donors would then impersonate a family member of the recipient and the necessary identity documents like aadhar cards, marriage licenses etc. would then be forged.

Police personnel while investigating the personal staff of Dr. Sarin, recovered and confiscated a calendar from the year 2014. In the calendar, at least 12 entries – details of patients, bed number, personal detail and date of operation – were investigated and a few cases were found to be illegal.

The police have further recovered at least five files – produced by the hospital authorities on request – where the kidneys illegally donated. Each file – a green folder is anything between 30-60 pages long and contains all the necessary documents one would need before an operation. This file that included various necessary forms for the transplant and the medical fitness of those going under the knife would be prepared for the authorization committee.

“Bare perusal of these two files show that the documentation have been done without care,” the Delhi police attested in its charge sheet.

In the course of the investigation, the sleuths managed to confirm at least five operations where the kidney was illegally obtained. While a few of those involved in this scam have already been charge sheeted above, Non-bailable warrants (NBW) have been issued against a few others who are absconding.

Transplant cases of Himanshu also known as Mukesh Mishra, Ashutosh Gautam, Mamta Desai, Jialal Gupta and Pushpendra Kothawala were found to be irregular where the kidneys were illegal obtained with the help of touts.

In June 2016, based on a tip-off, the police unearthed a massive scam at Apollo hospital where middlemen lured unsuspecting ‘donors’ – usually economically challenged people, to sell their kidneys at a price between two to four lakhs. These kidneys would then go to those patients who fit the requirement. Since, the laws governing organ donation is stringent, and there is intense scrutiny on donors who are not family members, the middlemen forged paperwork to establish familial relationship between the donors and recipients.