Give me tax relief and I will sell petrol, diesel for Rs 35-40 per litre, claims Baba Ramdev

Raising questions over the government’s reluctance to reduce excise duty on petrol and diesel, Ramdev said India would not stop functioning if there will be a revenue loss, which, he said, could be recovered by taxing the rich people more. He was speaking during the “NDTV Yuva” conclave on Sunday.

The ever increasing prices of fuel have put the Modi government in the dock. Though the weakening rupee and global factors like US sanctions against Iran are causing a spike in fuel prices, the Modi-led government has also refused to cut taxes to give some relief to the consumers. If the Modi government reduces excise duty on petrol and diesel by Re 1, it stands to lose Rs 14,000 crore in revenue, which would put a huge dent on its fiscal deficit target of 3.3 per cent of the GDP, says an estimate. The Centre currently levies a total excise duty of Rs 19.48 per litre on petrol and Rs 15.33 per litre on diesel, while VAT varies amongst states.

Baba Ramdev, who has actively supported most policies of the Narendra Modi government till now, seemed to be distancing himself with the BJP. He disclosed that he would not campaign for the saffron party in the 2019 General Elections; unlike he did 2014 when he campaigned for in favour of Prime Minister Narendra Modi. 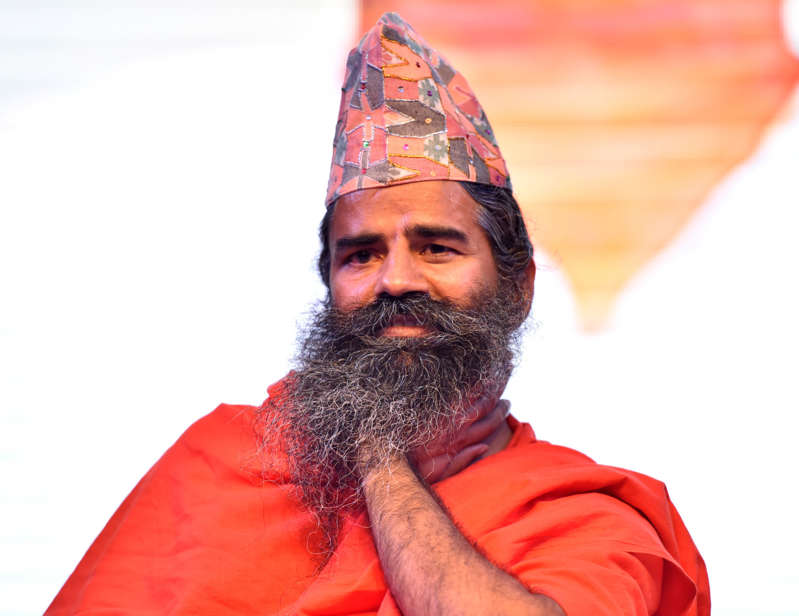 “Many laud the policies of the Modi government, but some need correction now…price rise is a big issue and Modi ji will have to take corrective measures soon, failing which ‘mehngai ki aag to Modi Sarkar ko bahut mehngi padegi’ (the fire of rising prices will prove costly for the Modi government),” he said. The yoga guru also said it is people’s fundamental right to criticise the Modi government but he has done “good work” like the Clean India Mission and not allowing any major scam to happen. He, however, agreed that questions are being raised about Rafale.

Talking about his political affiliations and whether he still had faith in PM Modi, which he had reposed in 2014, the yoga guru said: “I have withdrawn myself politically. I am with all parties and I am with no parties.” He claimed to be “centrist instead of a leftist or a rightist”. He said he has adopted “maun yoga (silence yoga) on many crucial issues”. He also said he was a strong nationalist.

The Central government had raised excise duty on petrol by Rs 11.77 a litre and that on diesel by Rs 13.47 a litre in nine instalments between November 2014 and January 2016 to shore up finances as global oil prices fell. Meanwhile, the petrol price in the national capital has reached Rs 82.06 per litre while diesel, too, is at a historic high of Rs 73.78 per litre. In financial capital Mumbai, petrol was priced at Rs 89.48 and diesel was priced at Rs 77.14.